Many of you know, but for those of you who don’t on Feb 1 st, 2016 baby JB, short for JellyBean, went to be with Jesus. It was revealed to me that she was a girl. She would have been about 3 months old today. 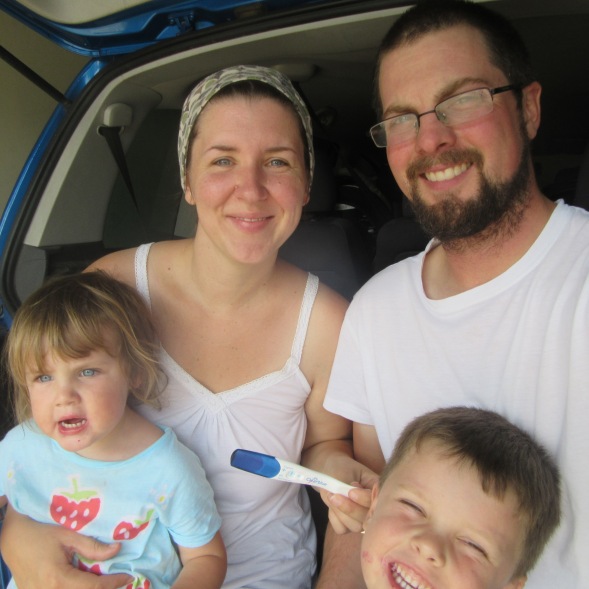 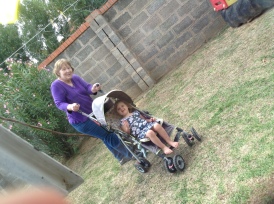 We were not, not trying. But I was scared when I found out I was pregnant because my same friend who miscarried with me the first time, had just delivered a still born son a week previosly. I knew that death could be in my future.

All of January I lay in bed with morning sickness, moping around, so sick, in the blasted heat. January in Lesotho/ South Africa is like July here. Hot. I felt myself yelling at the kids I already had while praying for the one I didn’t. I wanted to know that this was all worth it, but just couldn’t allow my heart to HOPE. At 8 weeks Matthew and I went in for a scan. I knew right away that something was wrong. It didn’t look good. Baby was only measuring at 5.5 weeks instead of 8 and there was no heartbeat to be found. It’s like I expected the Dr. to say that because I was trying to be prepared for the worst case, but I couldn’t process what he was actually telling me. *tears* “It doesn’t look good,” he said.  “I think you should prepare for the worst.” All I could see was a motionless little jellybean shape inside me. There she was. I didn’t want to look, but I couldn’t look away.

Husbands don’t do good when they see their wives struggling, and in pain. This was a trying time for us. Often we just want to fix the problem. But there was nothing to do but sit in the pain, and wait on the sliver of hope.

A week later I started spotting. I started researching how to speed up a miscarriage at home. Let me tell you. If you ever have to do this, please be excepted to see some disturbing things. Basically it’s the same strategies for a self-inflicted abortion. To this day I still feel the wave of disgust, grief and pain when I see Vitimin C orange tablets, or Raspberry leaf tea. So gross. I poisoned my body.

I had my second miscarriage the same day my parents arrived for their pre-planned visit to Lesotho. God’s perfect timing. My dear friends picked them up that morning from the airport. I was resting in bed, because every few min, blood was flooding out of me and I needed to stay close to the toilet. After my parents settled in entertaining Caleb and Chloe was down for her afternoon nap by body went into labor.

I passed on the pain pills because I wanted to experience it naturally like I did with my other three labors. Maybe I’m mental?  (2 healthy kids born in the States at the Bellingham Birth Center with midwives.) The pain was intense. Giving birth to death. I tried saving the baby. I searched for her in the mess. I eventually had to flush and commit her to God. I had a friend going through the exact thing at the exact same time on the other side of the world, again Gods grace. I felt like a failure because I couldn’t find my baby like she did. Could I not do this one thing for her. Was this all in my head?

My labor lasted about an hour. I clean up stains from the carpet and mourned the life that could have been.  A week later my whole process was over physically, but emotionally I was a wreck. A dark, dark valley. I wrestled with thinking maybe I had exposed myself to something like a curse in the mountains of Lesotho that witch doctors put on the live stock there to protect the animals. Women and children know not to go near them, and I had been exposed for both pregnancies. I fought the lie that Africa had done this to me. I had sacrificed so much for her already…

I struggled to understand what was true about the Spiritual world. I do NOT believe I stumbled on a curse now. I know that He is stronger than him that is in the world. And that this was in His sovereign plan…but I had to work though that too. I was angry at God. I felt empty. I was sick of being sick and tired. I had to fight for my faith in a god who would let this happen. I had to learn to trust Him in the storm. I joined a gym, got a personal trainer and started working through the grief.

Ok. Fast forward to 8 months later.  Matt and I saw a therapist when we returned to the States for furlough from Lesotho. We were on different pages in wanting more kids. Matt was satisfied with the two we had. He wants to do a great job being a dad and already feels stretched thin. So we’ve been praying.  As we’ve been preventing and praying, instead of his heart changing, mine did.  I would be ok with our two. I could be done. I can submit to Matthew in this.  I’ve had to inspect my heart and see what was motivating me to want to have more kids.

Was I going to be thankful for what I already have, or am I going to just want what I want?

Could I trust Him when His plan for me was so painful and different than what I wanted?

Do I feel like I have to work to earn favor in His eyes? Or do I accept His salvation and love as the free GIFT that it is?

Do I realize that there is no “right way” to have a family, and that it’s seriously out of my control, despite how we try to manipulate it? Not my choice. Not my body, but His.

Fruits I’ve seen from our losses:  I’ve seen the Bosotho people open up to Matthew and I, knowing we can understand their grief. I’ve seen our church in Lesotho start to pray for us. They don’t just see us as “rich white people with no problems,” but as people like them, living in a fallen world. We need each other.  I’m honored to share the burdens of the Bosotho people. I’ve grown more in love with my daughter Chloe, and been able to pour myself into her precious little life. I’ve been to the bottom of the valley, and I can say that our Father is still good. He will lead us, we just have to trust. I’ve become thankful for the teammates and friends that reached out in support of us. And learned how to give grace to those who didn’t.

” ‘Fear not, for I have redeemed you;
I have called you by name, you are mine.
When you pass through the waters, I will be with you;
and through the rivers, they shall not overwhelm you;
when you walk through fire you shall not be burned,
and the flame shall not consume you.
For I am the Lord your God,
the Holy One of Israel, your Savior.
Because you are precious in my eyes,
and honored, and I love you…” Isaiah 43:1b-4a

I write this not for myself, or for you to feel sorry for me, but for 3 reasons:

1) to shout that Jesus remains close to those deep in the valley. He is good and close my friends. He was the light for my path in troubled times and my Comforter in pain. Our Father knows what it feels like to loose a child.

2) For those of you who have or are suffering from a loss and feel like you’re alone- you’re not!

I head a friend say recently that the most helpful thing a friend did during her loss was ask not IF, but “WHEN can I come by, and leave a meal on your door step?” The friend texted and said, look outside. And there was a dinner, dessert, a bottle of wine, some sleeping pills and a card. Ok, maybe it was a bottle of vodka. Point being- it was a Huge Blessing! Let’s love each other well today. Hugs.